Sonics and Materials Inc. (SIMA) is an American company that was founded in the late 1960’s based on the discovery and invention of ultrasonic welding by its CEO, Robert Soloff.  Mr. Soloff patented the technique, and several years later, opened Sonics and Materials.  Now, fifty years later, the company has grown from 1 employee to 70 and is still operating in the ultrasonic space.  The company stopped reporting to the SEC in 2002 due to the financial burden and is now dark, but financials from the years 1996-2002 are still publicly available.  Ownership is closely held with Mr. Soloff owning around 70% of the company and thus, the float is small.

The company mainly sells two types of products to two markets.  The first is ultrasonic liquid processors (typically referred to as Sonicators).  Sonicators are primarily sold to research institutions, hospitals, laboratories, and pharmaceutical companies, where they are used in a variety of processing applications.  Some of these include: reducing the size of particles in a liquid, soil testing, production of biofuels, cell lysis, and much more recently, for nanoparticle dispersion and cannabis extraction (for edibles).  The subsidiary that sells the Sonicator product line is called Qsonica.

The second product line is ultrasonic welding machines, which use sound waves to quickly weld components together.  Ultrasonic welding is used in more applications than can be listed.  The technology is typically used with plastics but can be used to weld metal as well (more common with electronics).  Think the wires in your phone, the cap on the back of your sharpie, car headlights, etc. You can also throw ultrasonic sealing machines in with this category.  The sealing machines are an area the company has been spending more time and focus on lately.

My best guess is that the company’s revenues are split about 50/50.  It could be 60/40 or whatever, but there is some evidence that leads me to believe it’s in that range. The main point to take away is that the company appears to be the largest player in the Sonicator business by a substantial margin, even with only $11M or so per year in sales. Back in 2009, the company acquired the “Ultrasonic Laboratory Products” division from Misonix (MSON) for $3.5M and the Vice President of SIMA (and CEO’s daughter) stated on the record that “acquiring our largest competitor has given us much greater market share.” Furthermore, before this acquisition, the 2002 10-K states, “In the ultrasonic liquid processor market, the Company’s principal competitors are Branson and Misonix Inc.  Management believes that Sonics has the largest share of this market.” Competitors in this space appear to all be small and private. This is a key element in understanding the company’s durability.

The ultrasonic welding business faces competition from much, much larger players. Emerson (EMR) is just one example.  Mr. Soloff is a true inventor, and between himself and SIMA, holds something to the tune of 30+ patents. The patents have a carried value on the books, and maybe they provide some edge in an extremely niche and technically specific market, but the answer to that question goes in the “too hard” pile. It should be noted that recently they announced a patent for a “new breakthrough sealing technology” (but let’s consider this a free call option). Being conservative, let’s assign the patents a value of zero in terms of value, durability, and moat. Mr. Soloff did invent this technology and the company has been around for half a century, but ascertaining whether SIMA has any advantage over a competitor is futile. In other words, a conclusion on the durability of the welding business can’t be reached.

Is it possible that some new technology displaces Sonicators? Maybe. But honestly, this is a simple and entrenched technology. It’s predicated on using sound waves to modify an input into an output.  My experience would tell me that the odds are greater that this technology is found to have use in previously unknown or expanded applications than the inverse- that the technology becomes obsolete. The relatively slow growth of the industry may provide some protection from new competitors entering the market. Replicating a 55,000 sq. ft. facility filled with expensive equipment isn’t very appealing when you’re going to have to fight for market share in a low to mid-single digit nominal growth industry against a company that already owns the lion’s share of the market. Typically, it’s the rapidly growing companies that lead to the gold-rush mentality and end up creating ultra-competitive environments.

From a numerical perspective, if these margins and returns are durable, SIMA makes for a high-quality business. The business is able to earn high returns on its invested capital (although the corporation is earning far worse returns since they hold excessive cash).

A very limited number of online reviews could be found for Qsonica/SIMA products, but of the small sample size, all the reviews were positive. There are only a handful of Glassdoor/Indeed employee reviews, but 100% recommend the CEO and almost every post gives high praises to the Owner/CEO, Mr. Soloff.  His daughter joined the company in 1995, is now the President of Qsonica, and will likely takeover when he retires (which may be soon since he’s currently about 80 years old).  She is an attorney by degree and seems capable.  The company goes out of their way to communicate that they have an employee profit-sharing program (also mentioned in employee reviews), this in addition to their 401k contribution benefit.  It’s something they seem to be proud of.  One news article chronicling the companies 40th anniversary quotes one of their long-time customers as follows:

“Richard Yacko, president of PRO Scientific in Oxford, a manufacturer of laboratory equipment, said quality and cooperation are what come to mind whenever he does business with Sonics & Materials: ‘In the 17 years I’ve been involved with them, not only have their products been of excellent quality, but every time we have had questions, their support staff is always readily available to answer them.’”

The goal isn’t to be able to infer that SIMA is a great place to work or deserving of some award, but rather, just to get a feel on the organization in terms of the working environment and values. The general sense is that the company has a good reputation/culture and isn’t a hostile workplace that’s imploding or slowly decaying. The one potential issue that emerged is an aging workforce and lack of new trade talent to replace retiring employees.

Let’s dig into growth and value

Industry outlook for ultrasonic welding predicts 5-year market growth of 2.9%, so pretty much 0% real growth, but keeping up with inflation and not shrinking.  A CAGR growth outlook for the ultrasonic liquid processing market couldn’t be found.  During the past 5 years, the company has averaged 3% revenue growth.  From years 1995-2018, sales grew at a CAGR of 4.2%.  It should be noted that the company doesn’t have any customer concentration risk, since no customer accounts for more than 5% of sales.  Best guess is that the company continues with real sales growth between zero to very little.

Over the last 5 years, the company has almost doubled its cash balance. They’ve added about $0.70/share every year in cash and now have 64% of their assets in cash and securities.

This naturally leads us to the value.

Anytime a company is trading at or below NCAV (especially when the bulk of the NCAV is cash or receivables), it’s exorbitantly cheap.  There’s no real need to look at other metrics, but for the readers that appreciate it, here are the conventional ones:

The company has no debt and 90% of their total liabilities (of $2.81M) are accounts payable + accrued expenses. One item to note is that the company has an off-balance sheet operating lease through 2024 for its corporate office and warehouse (and I didn’t adjust numbers to account for this).

The biggest risks I see are 1. A major erosion in the welding business due to standard, run of the mill competitive factors and 2. Bad capital allocation. There’s no track record to give confidence in this management team’s capital allocation proficiency.  Back in the late 1990’s, the company acquired an unprofitable company and a few years later, sold it for a loss. Hopefully they learned from this costly mistake and history doesn’t repeat or rhyme with any other poor M&A decisions.

To Summarize: Sonics & Materials is an old, small, and profitable net-net with a cash pile that keeps growing. The company has a leading position in one business with their competitive position in the other being unknown (but likely modest). The company doesn’t look like a melting ice-cube and if they continue building cash at the same rate, will have their entire current market cap in net cash in 3 years. Even with a small, obscure company like SIMA, it’s likely that Mr. Market will eventually come knocking in a better mood and with a better price. Mohnish Pabrai recently gave a talk called “The 10 Commandments of Investment Management.” Commandment 4 is “Thou shall look for hidden P/E of 1 stocks.” SIMA is (almost) one of these stocks and I’m a buyer.

Below is a link to read another opinion on SIMA at Dan Schum’s blog NoNameStocks
http://www.nonamestocks.com/2016/09/sima-is-cheapest-stock-i-know.html 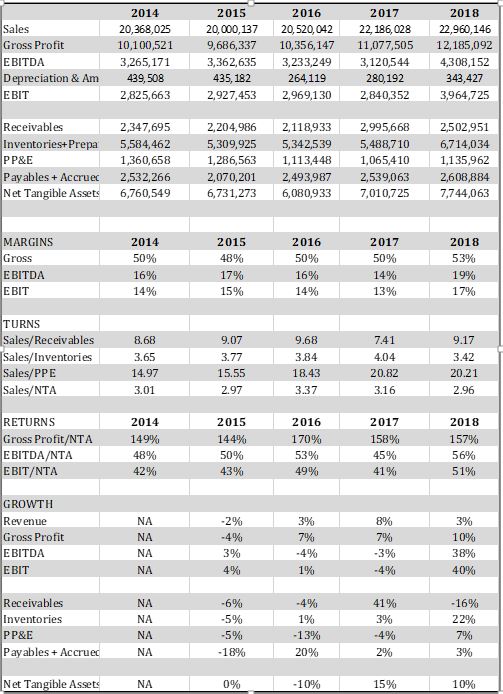